Benefits of Music on Child Development

Benefits of Music on Child Development

Benefits of Music for Child Development

Music is a staple in every stage of child development: newborns are soothed with their parents’ singing and humming, babies bounce and sway to songs, toddlers engage in sing-alongs (e.g., “Head Shoulders Knees and Toes”), and older children express themselves through music via dancing, singing, and even playing a variety of musical instruments. Music not only adds joy to everyday activities for children, but it also benefits overall development. In this blog, we will be discussing the many ways music benefits language, social, and sensory development.

Did you know that music and language development are processed in the same area of the brain (ie., temporal lobe)?  It is no question that music positively affects language acquisition. If you think about it, the spoken language even has a musicality to it, based on all of the different ways a speaker changes his or her pitch, volume, and speed.

According to a study in 2016 at the University of Southern California’s Brain and Creativity Institute, early musical experiences in childhood were found to accelerate brain development in the areas of language acquisition and reading skills.

During early development, research has found that singing and dancing along to music specifically helps with the following:

Even in ancient times, music has been a universal social tool. We use music in a variety of social contexts: celebrations (e.g., “Happy Birthday” song), religious gatherings, ceremonial gatherings (e.g., graduations) – the list goes on and on.

According to a 2013 review study, music used in a group setting was found to unveil several mechanisms — trust, empathy, and cooperation — which, perhaps, is the reason why music exists in every culture of the world.

Research now allows us to understand the reasons behind why people all over the world should incorporate more music in social settings:

Ever wonder how and why a baby stops crying when their caregiver sings a lullaby to them? A big factor is that music can be a full-body sensory experience. Music has been demonstrated to reduce anxiety and pain by as much as 50% (Nyugen et al., 2010). Music can also aid with the following:

To incorporate more music in the home setting, you can use simple strategies such as using music in everyday activities (e.g.,  singing the “clean up” song when putting toys away) or using music to narrate events (e.g., singing “It’s Raining, It’s Pouring”, when it is raining outside). In addition to the plentiful ways that music benefits overall development, music is such a joyful activity that can enrich the life of every child.

Happy singing, dancing, playing, and listening to music to all of you!

If you have any questions about speech therapy in Miami or Doral, Florida or would like to book an appointment for speech therapy, please call Exceptional Speech Therapy at 786.717.5649 or fill out the form below. The Importance of Early Intervention

All children develop at their own rate -- some children prefer to observe and absorb information before trying something new, while other children simply go for it without a second’s thought! Neither way is right nor wrong; they are simply [...]

Many parents wonder if it’s possible to receive speech therapy services when your child is only a toddler – the answer is: yes! Some children under three years old may have less attention to the screen; however, with some common [...]

Benefits of Signing for Language Development

It can be confusing if your child’s speech-language pathologist incorporates “sign language”, the use of specific hand motions and gestures to communicate, as part of their plan of care to promote expressive language skills. Isn’t that only if there’s a [...] 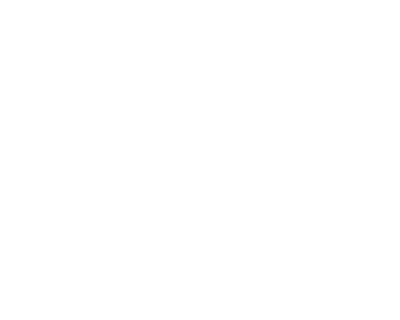